This journal has been placed in memorial status. New entries cannot be posted to it.

...to a rather interesting panel on the Bechdel Test. Mention of The Avengers (as in the US superhero team) made me realise just how darned wrong it is that superhero stats seem to be so overwhelmingly male, both in MCU and DC (and even where there is a strong female character, be that Black Widow or Wonder Woman, we're still waiting for them to get their solo film).

I'm not really a natural writer of superheroes, but it's tempting to put pen to paper and write a superhero team that at least has a 50/50 female/male split...

Meanwhile the Masquerade is going on. Sarah is being a Musketeer and will be killing (not actually, thank goodness) a cardinal's guard played by our convention chair.

This is Sarah in her rather good costume: 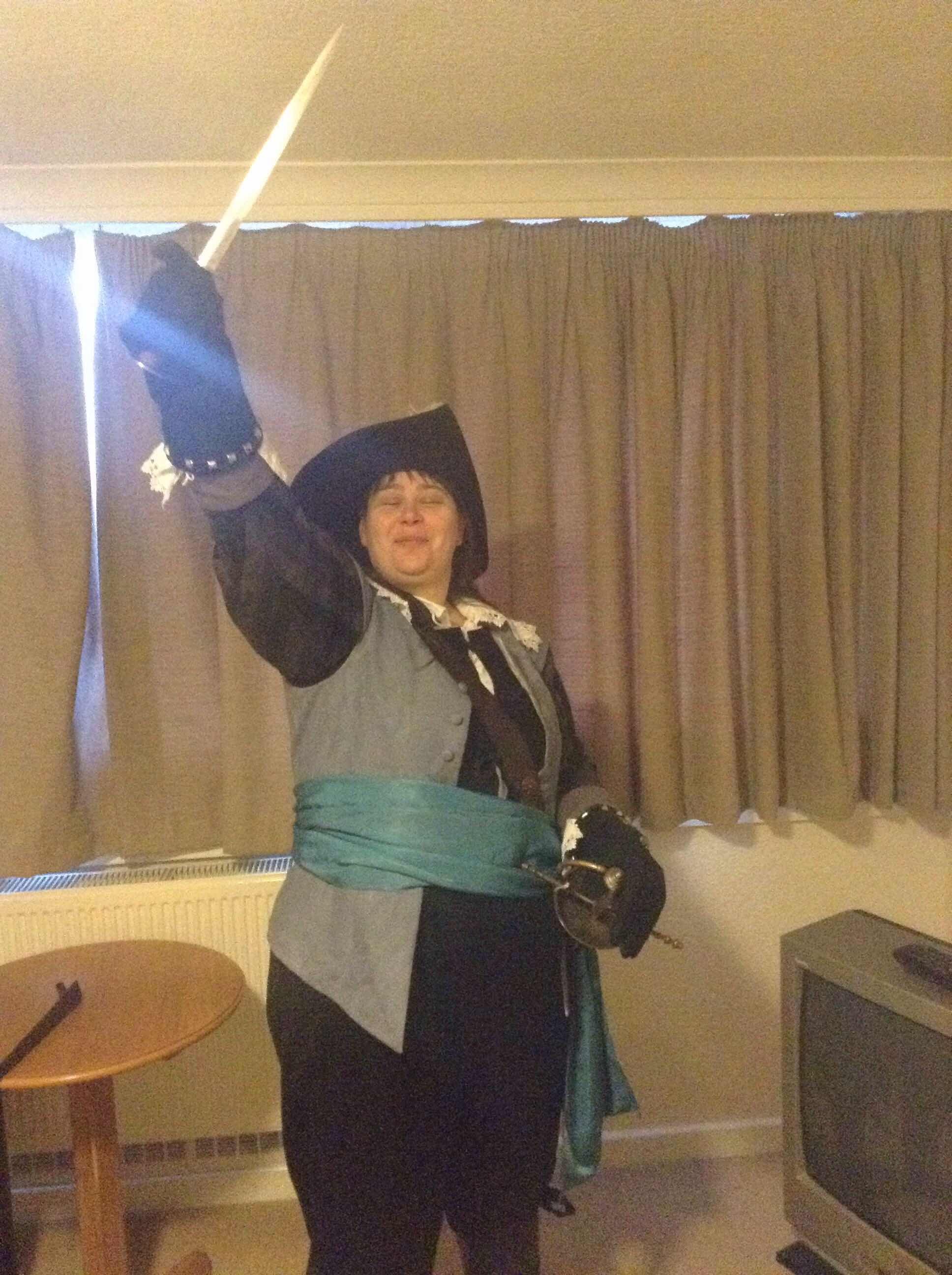 (Note: it's on hire from a costume shop in London - neither of us have the skills necessaryto make something that awesome. But even so - I rather love it.)
Subscribe